FALL OF THE JUDICIARY IN SRI LANKA. 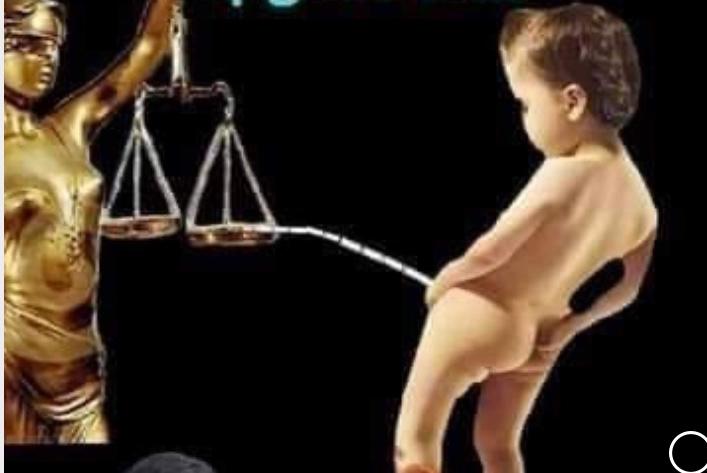 The Vision and the Mission of the MINISTRY OF JUSTICE in Sri Lanka is…..

·         Efficient system of administration of justice

·         Law reform to respond to social needs in keeping with global advancements and the aspirations of the people;

·         Formulation and implementation of polices, plans and programs aimed at the efficient and meaningful administration of justice

·         Law reforms for greater recognition, protection and promotion of the rights of the citizens.

We wish to remind you to keep the above in mind when reading this article and see what relevance the fact stated below will have to achieve the vision and the mission of the Ministry.

Also remember while you are reading this the current Minister of Justice is the Private Lawyer of President Gotabaya Rajapaksha, who appeared free for all his 35 cases mostly Criminal and embezzlement of public funds.

Judiciary in Sri Lanka has fallen. Judiciary COMMITTED SUICIDE slowly over a long period of time. This was a political game that the learned judiciary fell pray. For what did they fall pray, Promotions, Benefits, Authority and Prestige? Now Judiciary has all of the above added with fear for their own life and their loved ones.

Let’s look at how things developed, JRJ appointed Nevil Samarakoon as CJ and wanted to manipulate the Judiciary and desperately failed. That is because CJ had a better charismatic personality than JRJ. Over the period with the Second Republic Constitution of 1978 certain appointments were done to the apex courts disregarding the seniority at the bench and this paved a way for many things to happen. Though the dismissal of Shirani Bandaranayeka as CJ is bad in all aspects her appointment from the University direct to the bench is also bad, because of her appointment many judgers who had the opportunity become the CJ and retire had to go without such after many years of yeoman service to the state.

The most notorious culprit who ruined the Judiciary is none other than Sarath Nanda Silva CJ, the friend of Mahinda Rajapaksha who gave the controversial judgment in the HELPNG HAMBANTHOTA case who after sometime was bold enough to come before the people and say that he willfully gave a wrong judgment and if not Mahinda should be in prison. During his time he used the Magistrates for his many needs. They included temple functions to sleeping with him. He was shamelessly caught in the Parliament car park with a woman in exposing position. What more shame for a sitting Chief Justice of the country.

When the 20th Amendment was before the Supreme Court certain important decisions should have been taken by the court to prevent the judiciary and the frame work from collapsing and becoming a mockery to the country. The increase of the number of judgers of the SC and CA should have been properly analyzed and discussed to see the availability of the infrastructure from Court Houses, Chambers and other Human Resources availability in addition to transport and security. Supreme Court used court houses 502, 404, 403 and 501 was used as a Ceremonial Court and a court for fuller bench hearing. Court of Appeal used 301,107,204,110,206,303 and 205 Court houses. The decision to increase the number of judgers and the development of the resources has forced the Justice Ministry out of the Superior Courts complex.  The said haphazard decision and the implementation of the same has resulted the tax payer a staggering 410 Million public money only as rent to re-house the Justice Ministry (not calculating the refurbishing costs) at the WTC when the economy is crawling. The new chair for the Minister is said to be a mammoth 1.1 million.

Respective governments in power used the judiciary to achieve the sinister objectives of hoodwinking the masses of their choice buy selected litigation than aspiring to seek justice to the crimes committed by the Politicians and the officers concerned. The classic examples are the famous cases of  “Silredi Naduwa” of Lalith Weerathunga and Anush Palpita and “DIVINAGUMA NADUWA” of Basil Rajapaksha. All were discharged and exonerated from all charges of embezzlement of Public Property. The General Secretary of the SLPP Sagara Kariyawasm a lawyer himself shamelessly came on TV to say that they have not committed any offence under Public Property and the charges have been framed with malicious intention. Now in both these cases the prosecution was Attorney General an office that has perpetual succession irrespective of people holding office. The politicians of all times have used the office of AG in prostitution. The person holding the seat of AG should have the charisma to hold on to the decision taken by his predecessor and act with authority to protect the rights of the people because that is what he is for paid by the people and his duty should be to collect what has been stolen, the money of the people and the state.

During 2012 November and this November prisoners were killed within the prison by security forces instructed by GOTA. 2012 it was Walikada and now it’s Mahara. Today we see the commission appointed for the inquiry into the MAHARA INCIDENT has given the report to Ali Sabry Minister of Justice. Out of the 11 dead only 7 bodies have been identified, that also 2 by the relatives while other 5 by finger prints, 4 bodies are to be identified. No postmortems have been conducted on the dead stating some are COVID infected. The Government is planning to do a mass cremation of the dead to conceal all evidence of the wounds inflicted by gun shots. If this is done no justice would happen to the dead be they committed or remand prisoners they have their respective rights.

However today we saw a land mark decision taken by the Walisara Magistrate stating that irrespective of what the infections the postmortems on the 11 dead should be conducted if not it will be a bad precedence. This order was made amides fierce resistance of the police and the representative of the AG. We only think now that DAPPULA is A MAD MAN who should be in the asylum.

Government on the other hand has taken a stand and bring in convicted criminal Premalal Jayasekara MP a murderer to attend Parliament. Sivanesathurai Chandrakanthan alias Pilleyan who is indicted for the assassination of Jesoph Pararajasinghem MP is granted bail and be free. Indictments on a murder committed by Janaka Bandara Thennakoon MP are to be dropped.they all sre from the ruling party. All cases of the Rajapaksha family are to go down indefinitely, evidence may be lost or witnesses might go missing or be killed. This includes the case against the incumbent president where he accepted guilt and refunded a part of the money in the famous GRAVE STONE CASE of MADAMULANA. What a shame.

Today the government has started to follow all and sundry who they think they should, right up to the Chief Justice to establish fear. Recently (State Intelligence Service) SIS has followed the driver of the CJ to his residence, SIS has gone to the Balapitiya High Court and wanted the private mobile number of the judge and the Judge has complained to the SSP, newly appointed SC and CA judgers are in fear to travel or talk knowing they are followed and phones tapped. The whole Superior Courts complex is bugged to hear all discussions between judgers on sensitive cases and if found that the judgment is against the government arm twisting to assassinations are on the cards.

All this was evidently seen during 2005 to 2015 and yet 6.9 Million of idiots voted the known Killer, criminal to power. This criminal only knows to kill he has no knowledge of any Administrative or Finance Regulation, zero knowledge of diplomacy, no ability to take a discussion forward in Sinhala (leave alone English) without acting like a clown. A man who could not face the war and ran away to pump gasoline in the US trying to run a country.

·         Exonerate the family and friends from litigation.

·         To provide friends and family with whatever they want from the judicial system and make it legal.

Last but not the least we want to inform you that a known Criminal, Murderer has been appointed as the Minister of Prisons. He is Lohan the son of Anuruddha Rathwatthe an accused in the UDATHALAWINNA MURDER case that was swept under the carpet in 2005 government change.